For God’s Kids, the World Is Always Expanding 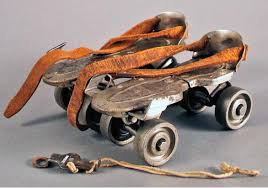 It’s a good thing when your world expands. When I was a child living at 125 N. Goliad Street in Amarillo, Texas, my world expanded one sidewalk at a time. My younger brother and I were great adventurers. His mighty steed was a red and white tricycle. Mine was orange and white and slightly larger. All it took to turn the trikes into motorcycles was an index card or two and a couple of clothes pins.

We would ride out from the porch and pedal down to the hill that was the driveway slope to the street. If you did it right, you’d pedal faster than a gerbil chasing his tail on a treadmill and then, just at the top of the slope, you’d lift your feet off the pedals and let gravity hurl you down the slope. And you’d clutch the handlebars hoping to properly negotiate the turn to the sidewalk at the bottom.

Once on the sidewalk, the real adventure began. At first, we were restricted to just the walk in front of the house. Then we were allowed to venture on over to the Harrises on one side and the Roaches on the other. (Roach. It’s sort of a shame that it was the top of their fencepost Jim blew off a few years later when we began to experiment with a chemistry set and branched out to minor explosives. Life is unfair enough to anyone named Roach.)

A little later, we were allowed to pedal on down past the Klaus’s house (Mom & Pop Klaus owned the A & W Root Beer drive-in on 6th Street. Great folks!) and beyond.

Somewhere along the line we added new horses to our stable of rides. Lee Meadows, a really nice gentleman who worked at the old Northwest Texas Hospital (where Jim and I were both born), donated to the cause an old four-wheeled frame that probably came off the bottom of a hospital meal cart. We laid plywood on the top and learned to spin it for some serious centrifugal excitement as we launched down the hill.

Skates were fun, too. At first, they were the kind you stuck to your street shoes using a skate key (which was always lost). Then we pirated the wheels from old skates, nailed them to 2 X 4’s, and tried skate-boarding. Those boards were a far cry from today’s immaculately-engineered marvels that seem to barely touch the ground at all. Any pebble would stop our thin steel wheels cold, with unpleasant results.

Then came bikes, and our world began expanding by city blocks and then down and around West Hills Park. And then we were push- or roll-starting an old VW Beetle whose starter was on the fritz.

The rest is history. We’re in our 60s now and our world is still expanding.

What a shame if God’s people fail to explore and serve past four walls, or the city limits, or national borders, or denominational lines, or even time itself. God’s kids are part of a very large Kingdom indeed. How sad if we allow our own sometimes stunted minds to make it seem small when the world itself and time can never truly constrict it.

Copyright 2020 by Curtis K. Shelburne. Permission to copy without altering text or profiteering is hereby granted subject to inclusion of this copyright notice.