“You Can’t Just Turn on Creativity Like a Faucet” 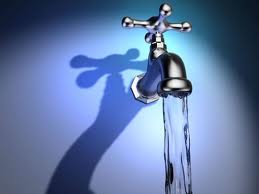 “You can’t just turn on creativity like a faucet. You have to be in the right mood,” said Bill Watterson who drew the great Calvin and Hobbes comic strip for ten years. And he went on, “What mood is that? Last minute panic.” My kind of guy.

Near as I can figure, I’ve been writing this weak column weekly since July 1993. Over 20 years. Twenty years of very regular deadlines. And around 1000 columns. Since its beginning, it has morphed also into an e-mail column, a newspaper web column, and a blog. (When I started, a blog was an intestinal blockage.)

To the cries and moans of scads of fans, Watterson ended his column after 10 years. He wanted Calvin and Hobbes to go out while he was still at the top of his game and had fresh things to say.

Neither of those valid concerns has stopped me yet. (Writers who run out of things to say need to remember that reading comes before writing and has a great deal to do with thinking new thoughts. To have anything worth saying, it’s important to read things worth reading.)

Watterson is a very private guy, so I doubt he’d join a club for procrastinators. But if somebody will form one, I promise to join once I get around to it.

“Last minute panic.” That’s exactly the mood in which I write most of my stuff. Columns, sermons, lists of other stuff to put off doing, etc. A deadline is about the only spark that will ignite any weak flame I possess.

I don’t understand why. My friend is the sportswriter for our newspaper. It’s pretty much required that sports events have to happen before he writes about them. I’m under no such constraint.

Theoretically, I could write a month or a year ahead of time. My brother has been at this a lot longer than I have, and I’ve even heard him talk about writing extra columns during one Christmas to be ready for the next. I find that sort of discipline as appalling as it is mystifying.

I despise deadlines, but I’ve gotta have them. The Monday deadline for my column drives me nuts. Like most pastors, I’m brain-dead on Monday mornings. I’ve said everything I know, and a little more, on most Sundays. But we’re not the New York Times, and we don’t get to pick our printing “slot,” so Monday morning often finds me in sweat pants and a t-shirt, with an IV drip of coffee, staring at a blank computer screen.

Yes, dear reader, but this is Tuesday as I write, and this column is almost two weeks early. What discipline!

Not really. My truck battery is dead (my fault). I’m stranded at home while it charges. I’ve already taken out the trash. Filled up the hummingbird feeders. Watered the plants. Seriously thought about writing next week’s column. But to put that off, I wrote this one instead. It’s too long. I’ll edit it later.

“When the time had fully come,” at just the right time, God sent his Son. I’m glad he didn’t put it off.

Copyright 2014 by Curtis K. Shelburne. Permission to copy without altering text or for monetary gain is hereby granted subject to inclusion of this copyright notice.

Comments Off on “You Can’t Just Turn on Creativity Like a Faucet”   |  tags: creativity, deadline, Faith, writing | posted in Uncategorized